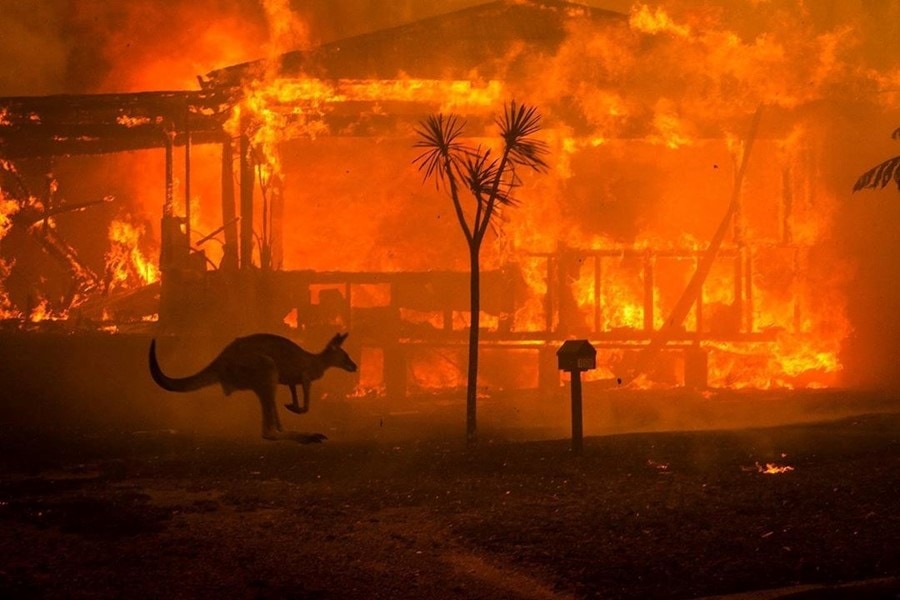 As of September 2019, Australia has been burning in flames. There have been over 100 bush fires due to an extremely dry season which makes the land highly prone to catch fire. Thus far, 12-15 million acres have been burned to a crisp, 480+ million animals have died, 2,500+ homes and buildings have been destroyed, 1,000+ wildlife species are on the brink of extinction, and 23+ people have been reported dead.

Although the country has been blessed this past week with rainfall, it did not last for more than one day. Furthermore, according to the British Broadcasting Corporation (BBC), there is expected to be a “mega blaze” that will kick-start even more fires later this week. According to NASA and other space agencies, the smoke from the fire can be seen from space. If the fires are not stopped in the next few months, there will be permanent damage to the country’s ecosystem, environment, climate, and wildlife. The smoke from the fires is also visible from New Zealand, which is over 2,500 miles away. In December, the Sydney air quality measured 11 times over the hazardous level. In collaboration with our partners located in Australia, we will be able to deliver supplies and materials necessary to help the land and people.