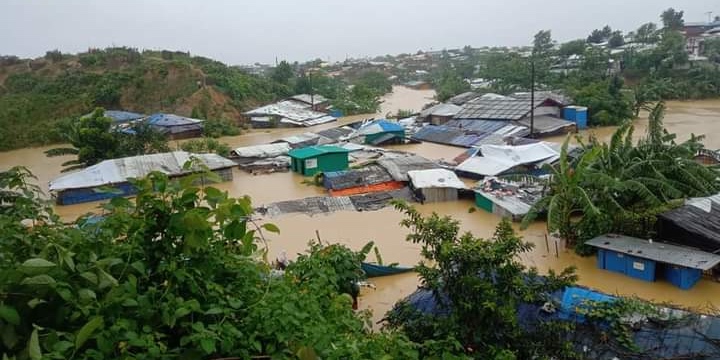 On July 27, 2021, the Bangladesh border district Cox’s Bazar experienced heavy monsoon rainfall, which triggered flooding and landslides in its refugee camp, the largest refugee settlement in the world. The settlement houses a whopping 900,000 Rohingya refugees, and the natural disaster resulted in numerous deaths, including seven children, according to our partners in Bangladesh. In addition, five children have not yet been found. It also resulted in damaged temporary shelters, forcing exhausted families to seek refuge in local mosques and schools. Their shelters consist of shacks made of bamboo and plastic sheets that cling to steep, bare hills, making them extremely vulnerable to severe flooding.
The rainfall has also damaged crops and aquaculture in other areas of Cox’s Bazar District. Please consider reaching out a helping hand to these people in need who are already seeking freedom and better lives for themselves and their families—only to be afflicted by an unexpected natural disaster in a new country on top of that. They currently need shelter, food, and emergency medicines. Please donate now!