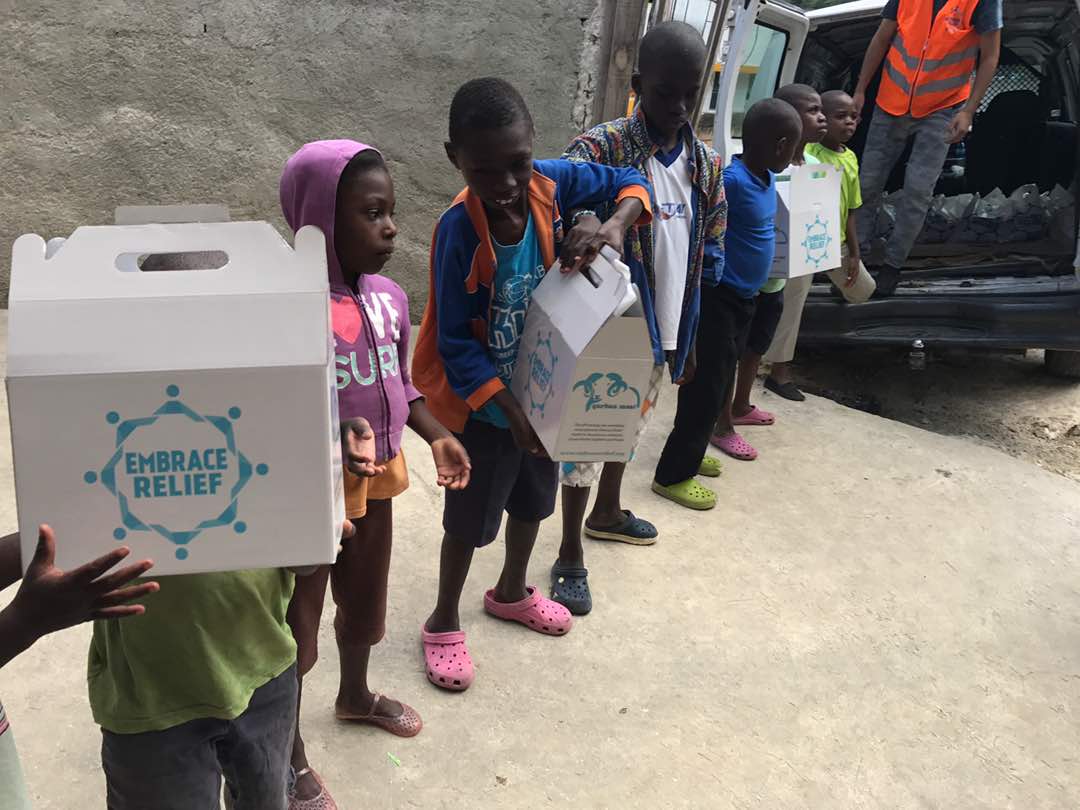 As conflict, climate change, COVID-19, and inflation continue to escalate the world hunger crisis, Embrace Relief is doing its part to help feed the world.

Thus far in 2022, Embrace Relief’s International Hunger Relief campaigns, which took place during April for Ramadan and July for Qurbani, have provided meals and food packages for more than 130,000 people across 15 countries and four continents.

According to the United Nations, more than 828 million people worldwide live with hunger every single day, and the number continues to grow in recent years thanks to the various economic, political and climate crises affecting the entire globe.

Because the crisis is so widespread, Embrace Relief’s International Hunger Relief campaigns are active in numerous regions of the world. Food packages have been delivered to people in need in Embrace Relief’s home country of the United States; numerous sub-Saharan African countries, most prominently Tanzania, Mali, Kenya, Burkina Faso, Nigeria, and Uganda; refugees in Greece; and people living in conflict-stricken Yemen.

Here are some of the highlights of Embrace Relief’s International Hunger Relief distribution in 2022:

Other countries who received Embrace Relief food distributions included Kenya, Nigeria, Uganda, Burkina Faso, Afghanistan, Indonesia, Pakistan, and the Democratic Republic of the Congo. In all of these countries, between 1,100 and 7,100 people received food packages, meat packages, or hot meals.

Because of donors like you, the International Hunger Relief 2022 campaigns have been quite successful, with tens of thousands of vulnerable people receiving much-needed support. Embrace Relief would like to extend a most sincere thank you to all who have donated this year.

In 2023, we’re looking to reach even more people and families through our International Hunger Relief campaigns. Your generosity is the foundation on which we can achieve this goal. Together with your help, we can ensure hundreds of thousands of people have the food they need to survive and thrive.