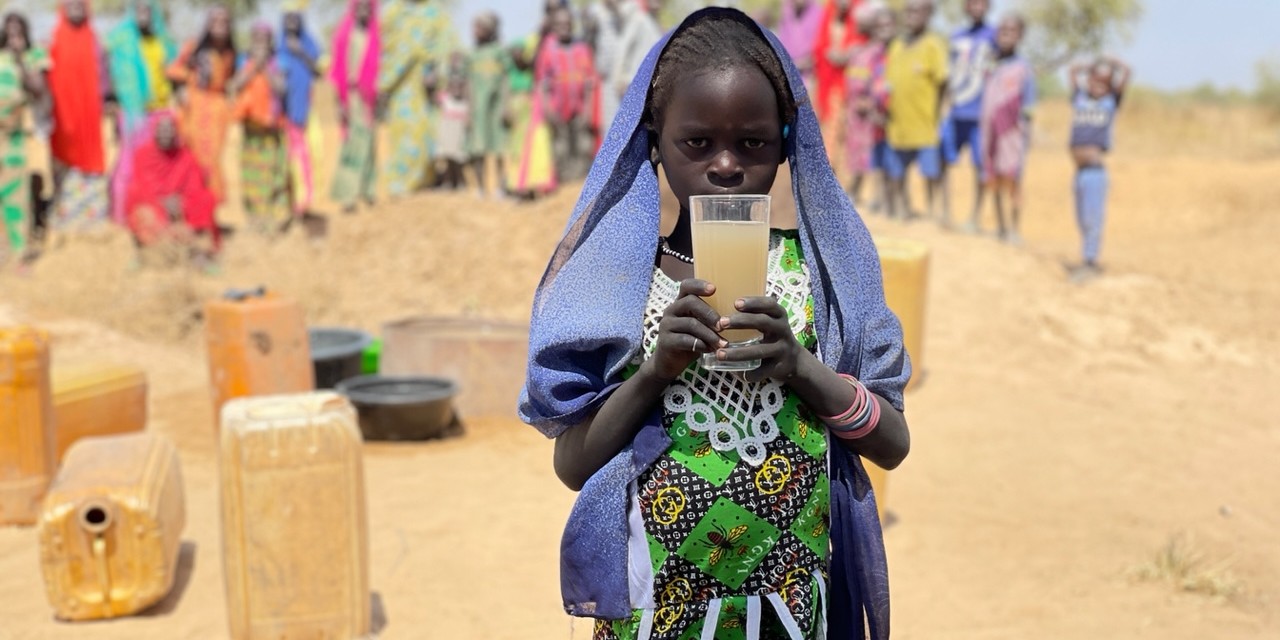 It’s a winter afternoon about five hours south of N’Djamena, the capital of the north-central African nation of Chad, which means the temperature outside is hovering around 90 degrees Fahrenheit.

A young girl, maybe 10 years old, picks up a drinking glass and holds it to her lips. The liquid inside the glass is a dull yellowish beige, matching the sand underneath her feet. This is the water that her village has to offer, sourced from rainwater collected in a natural hole in the ground.

Despite the sweltering climate, water is not necessarily scarce here. A three-month rainy season provides a plentiful source of water, pooling above and below ground. But the other nine months see barely a drop fall from the sky. Without the infrastructure to collect and protect the natural rainwater, the villagers here are forced to make do with discolored, potentially dangerous groundwater to fulfill their basic needs for drinking, sanitation, agriculture, bathing and keeping livestock alive year-round.

“The people in these villages, they don’t really have any other choice but to drink this water,“ said Osman Dulgeroglu, CEO of the Embrace Relief Foundation. “They’ve drank this same water all their lives, as their parents and grandparents did. So it’s natural for them. Clean, drinkable water is a basic human right, but they don’t know that there is such a thing.”

In February 2022, Dulgeroglu was part of an Embrace Relief team that visited Chad to assess the progress made by the organization’s Clean Water Project, which has built or reconstructed 500 water wells in Chad, Cameroon and Nigeria since 2013, providing a reliable source of clean water to more than a half-million people.

On the ground, he and the Embrace Relief team spoke to villagers and community leaders, worked with engineers, and viewed 15 sites of abandoned water wells to be fixed up under Embrace Relief’s “Fountains of Hope” initiative. Thus far, Embrace Relief has funded the reconstruction of 50 non-functional wells, with plans to refurbish hundreds more.

A new or reconstructed well provides a safe source for multiple villages in this part of the world, turning opaque, brown water into clear, clean, drinkable water.

“We met with some of the people who are walking three, four, five hours a day to get water,” Dulgeroglu said. “It’s not a good situation. It’s dangerous on the roads, with wild animals and other things. Carrying 10 gallons of water is incredibly heavy, and they’re doing it over long distances. And often they’re drinking contaminated rainwater. Many people are losing their lives, children aren’t getting an education, all of these things, because they don’t see any alternative. In places like that, this is where we see the need.”

How many calories should I eat in a day?
Water wells in Africa: a ‘step-by-step’ process