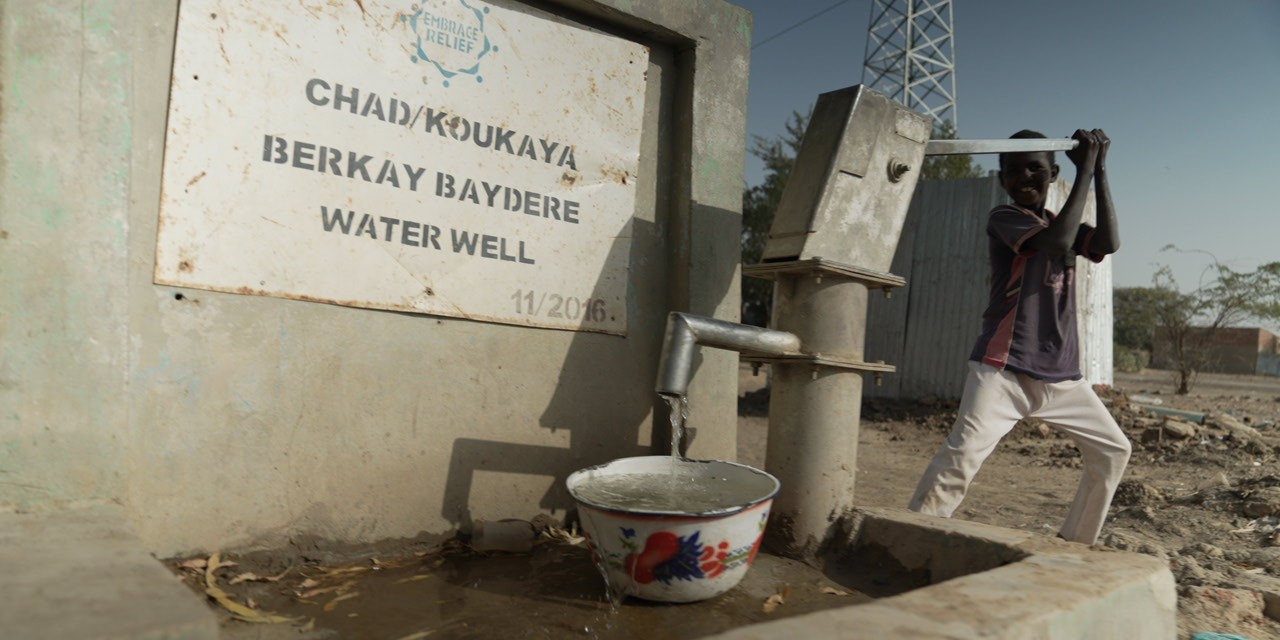 Sub-Saharan Africa is home to a large number of the two billion people who live in an area of acute water scarcity. Hundreds of millions of people in this part of the world get their drinking water from unprotected and untreated sources of water, like rivers, lakes, and ponds. Millions more – typically women and young girls – must walk an average of four miles per day to fetch water, often carrying nearly 70 pounds of water at a time. These conditions feed into a cycle of lower life expectancy, disease and chronic health issues, undernutrition, a lack of education, and poverty, said Osman Dulgeroglu, CEO of the Embrace Relief Foundation.

In February 2022, Dulgeroglu was part of an Embrace Relief team that visited Chad to assess the progress made by the organization’s Clean Water Project, which has built or reconstructed 500 water wells in Chad, Cameroon and Nigeria since 2013, providing a reliable source of clean water to more than a half-million people.

On the ground, he and the team spoke to villagers and community leaders, worked with engineers, and viewed 15 sites of abandoned water wells to be fixed up under Embrace Relief’s “Fountains of Hope” initiative. Thus far, Embrace Relief has funded the reconstruction of 50 non-functional wells, with plans to refurbish hundreds more.

Water wells are a crucial tool for increasing the availability of clean water in rural areas. People living here mostly travel on foot along the dirt roads that connect to neighboring villages or market towns, and so any infrastructure will have to use the resources that are immediately available.

Not all wells look or operate exactly alike, as the surrounding geography can require different specifications. But they tend to be modest-looking and easy to use. The wells are typically built deep in the ground to filter out any contamination – 30 meters is considered a “safe” depth for a well pipe, but most Embrace Relief pipes are built 45 meters into the ground for added protection – and to ensure that it will retain water during the lengthy dry season.

In Koukaya, a village in western Chad about two hours north of N’Djamena near the Cameroonian border, their Embrace Relief-built well features a small rectangular basin where villagers can place their bowls, containers and canisters. A concrete cylinder containing a PVC pipe rises a few feet out of the ground, with a metal nozzle. The water, which has traveled through a filtration system designed to remove all soil and contaminants, is surfaced by a hand pump which adults and children alike can operate.

This simple system opens up a world of possibilities for the people of Koukaya, Dulgeroglu explained, especially because each additional well built will have a multiplier effect on a community.

“One well is not enough for everything,” he said. “There are many villages nearby who may use this well. Everyone will need water in the morning, for themselves and their animals, and that can cause long lines, which can raise tension. So it is a process. The first well gives everyone enough water to drink. A second well will let everyone grow fruits and vegetables during every season of the year. And a third well would allow the number of animals in the village to increase. It’s step by step. First you’re eliminating waterborne diseases and making a healthier community. Then you’re giving all of those hours of fetching water back to the women and children in the village. Then you’re improving the economic situation.”