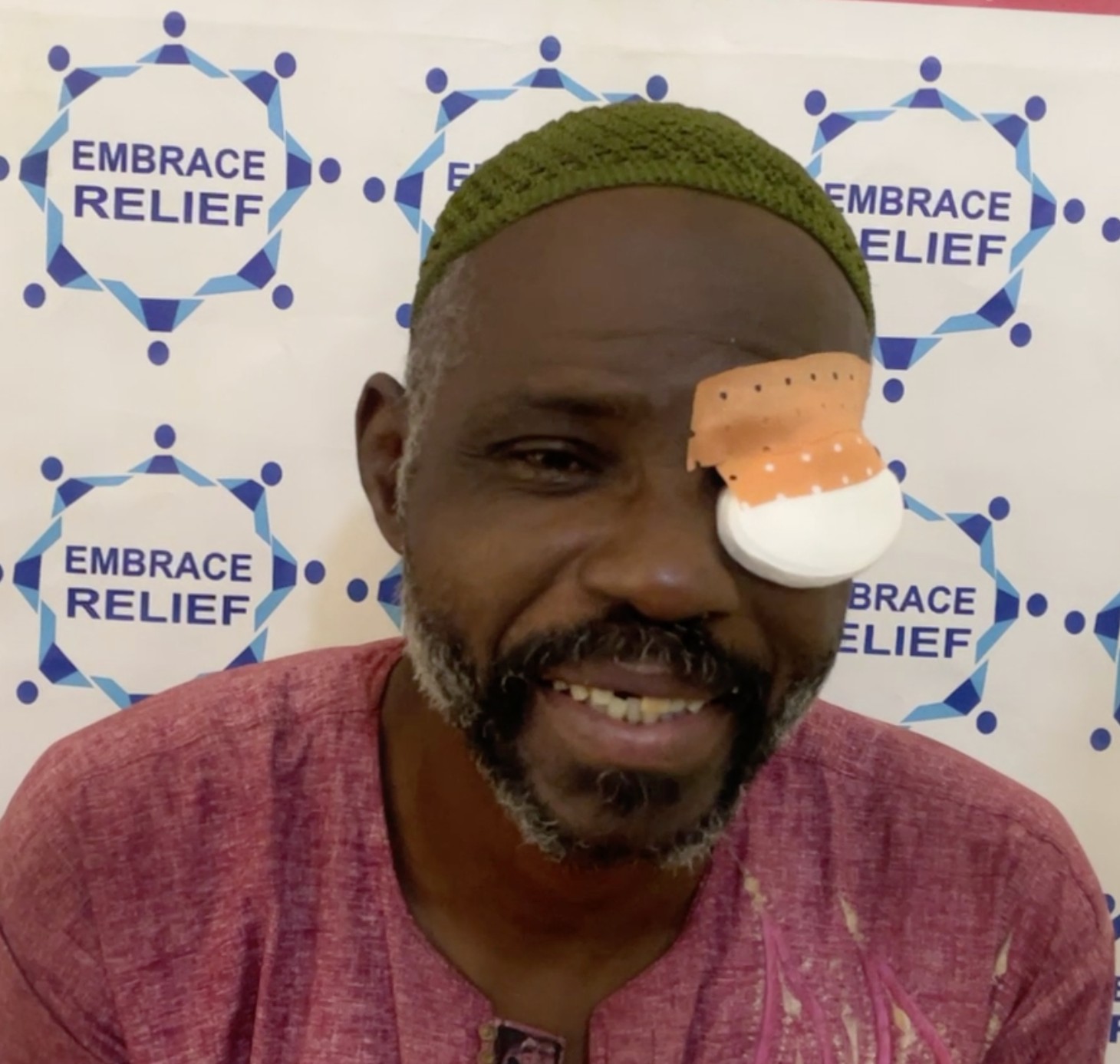 Four years ago, Bahima Beathé was working as a teacher in the Ivory Coast, following his life’s calling and helping his students learn and grow. But his life came to a halt when his eyesight suddenly started to decline.

Bahima later learned that he was one of the more than 65 million people worldwide who suffer from cataracts, a progressive eye disease causing severe blurry or discolored vision. Cataracts occur naturally in many people’s eyes as they age. They are also associated with a number of health conditions, including diabetes, malnutrition, excessive exposure to sunlight, and previous eye injuries.

But in the moment, all Bahima knew was that he could no longer teach his students effectively. He had to leave his teaching job. And his daily life became significantly more challenging, too, as it does for the more than 2 billion people worldwide with impaired vision. Adults with vision impairment tend to have lower workforce participation, lower productivity, and higher rates of depression and anxiety. Older adults with vision impairment are also at higher risk of falls and injury, social isolation, and total reliance on family members to get through the day.

There is a solution for the millions of people living with cataracts: eye surgery to remove cataracts is common and highly successful. But this is often not an option in West Africa, where the cost of surgery is unaffordable for many. And even when people can afford surgery, they may need to travel long distances to receive basic healthcare services.

This too is a solvable problem, and this is where Embrace Relief comes in. We supports a network of health clinics which offer health screenings and general care, but which specialize in ophthalmology. This network includes three clinics located in Bamako, the capital of the West African country of Mali, which serve the city’s 2 million residents. It also includes two Mobile Health Unit vehicles, which travel several hours away from the capital in all directions, bringing healthcare directly to people who otherwise could not access it.

Bahima learned about Embrace Relief’s Gaoussou Fofana clinic in Bamako, hundreds of miles away from his home. When he heard that the clinic could provide him with the life-restoring surgery to remove his cataracts free of charge – paid for thanks to a gift of just $100 from an Embrace Relief donor – he was determined to make the journey. Bahima wouldn’t say how he eventually arrived in Bamako. But he likely had two options: a 24-hour bus ride costing more than $130, or hitchhiking.

When he got to the Gaoussou Fofana clinic, he underwent surgery in one eye. Two weeks later, Embrace Relief’s humanitarian volunteer doctors will take care of his other eye. The surgeries go well. After four years of suffering, Bahima’s vision was restored. His life was returned to him.

One day soon, he says, he’ll go back into the classroom and return to his passion: teaching others. In the meantime, he is beyond thankful for the gift given to him by Embrace Relief and our generous donors:

“The way you are working here is really good,” Bahima said. “When I heard about this clinic and came here to see for myself, I felt so happy. I greet you, may God keep you, may you have a long life, and may you have more chances to help others.”

Thousands of people in Mali are waiting to undergo eye surgeries like the ones Bahima received. To date, Embrace Relief has given 4,200 people the gift of eyesight, and we’re just getting started. But we need your help. Every $100 you donate to Embrace Relief’s Cure Cataracts campaign ensures that one more person will be able to live a better life, and will be able to face the world with clear eyes. Join Embrace Relief and donate today!