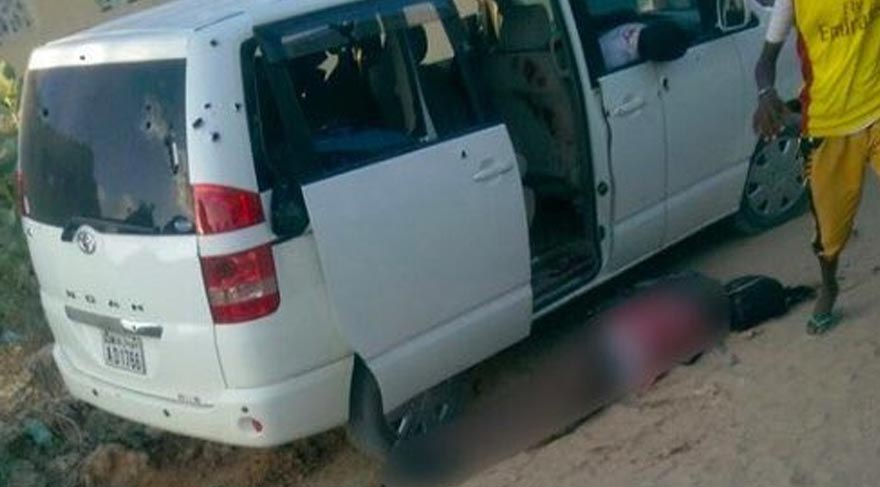 An unknown terrorist group attacked a school van carrying Somalian children and teachers. Five people lost their lives and many were left wounded. We sponsored the building of an armored van for the students and teachers to be able to travel safely to school. Furthermore, with your help, we were able to cover the health expenses of those who were wounded. Overall, we were able to raise $130,000 to send to those affected and to increase security measures for students and teachers of Somalia, help with medical expenses, and purchase homes for the families of mothers and fathers who died.

A teacher from Kıblenüma Primary School father of two young children, Hıdır Çalka (36) and, Banu Kemale İsmailova (34) who was the mother of two eleven and twelve year old boys who were injured in the attack, the service driver Amir Ömer Salim, and the translator Isa Hacı, Mohamed Ahmed had lost their lives.

Stating that they strongly condemned this terrorist attack, CEO Dülgeroğlu said, “This time the terrorist attack found innocent teachers and school staff. This incident hurt us deeply. We, as an institution, have decided to organize an aid campaign for those who were martyred in this attack. “Stating that they always try to be with the needy, Dülgeroğlu said, “Our campaign will continue for a month. We will deliver all the aids collected to families in one way or another. We expect everyone to support our aid campaign,” he said. Thanks to gracious and empathetic donors, we were able to fulfill this promise and help the victims of this brutal attack.