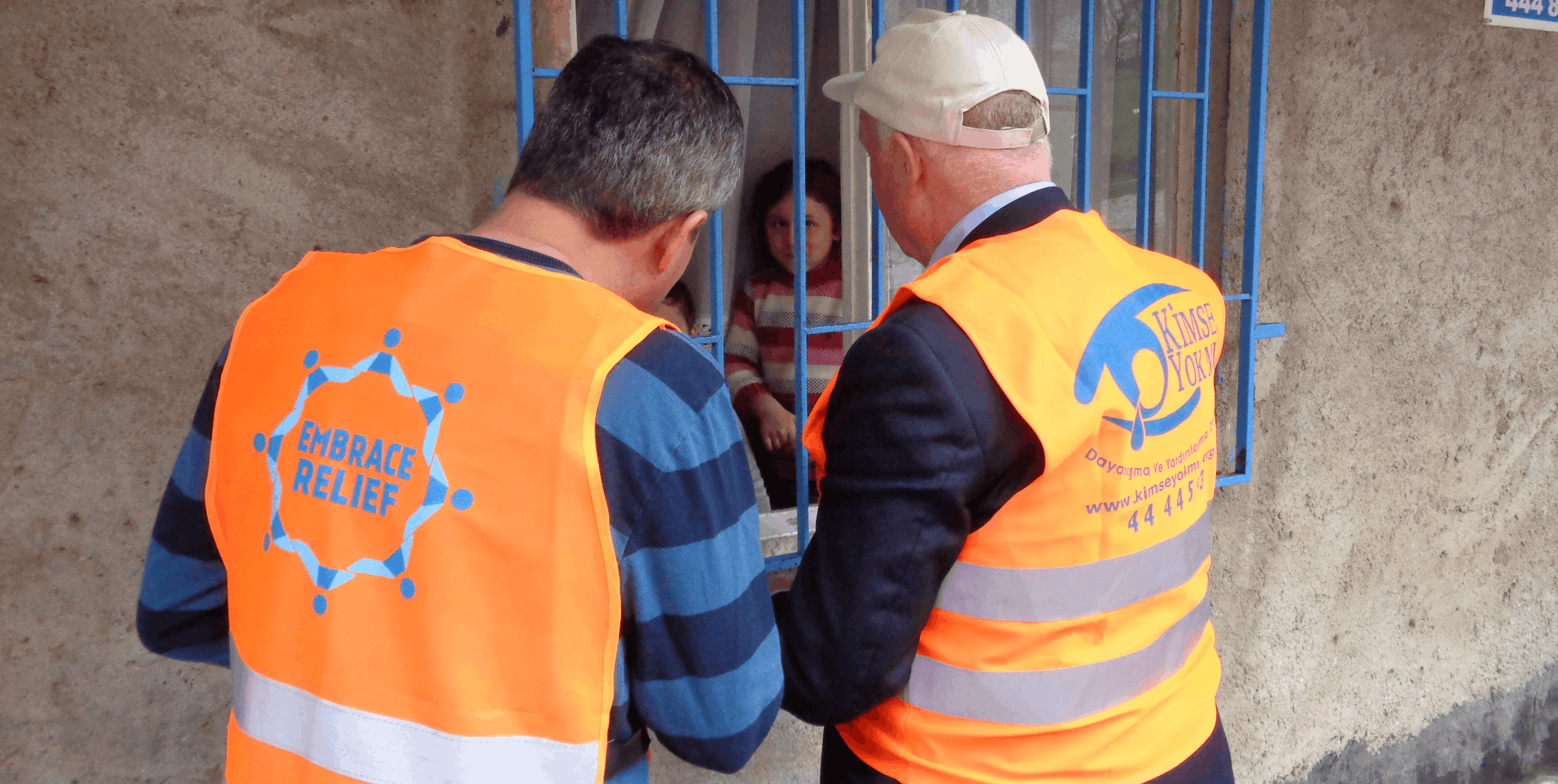 March 16, 2016
Since the beginning of the Syrian civil war in 2011, an estimated 400,000 people were confirmed dead. Syrians went to extreme lengths to escape the violence and threats they faced at home and in hopes of finding a safe haven in a different land, especially in the neighboring countries. One of the biggest challenges Syrians face is the harsh winter conditions which make an already dire situation even worse. Having witnessed the troubles they’re facing, Embrace Relief volunteers in the US took initiative and organized annual blanket & coat drive campaigns to assist them for four years from 2013-2017.  In 2013 and 2014, Embrace Relief shipped blankets and winter clothes amounting to four and six containers respectively, to aid displaced Syrians in Turkey; the host country to the greatest number of Syrian refugees in the world. In addition, $110,000 was raised to provide food and other needs. As the unfortunate situation in the region did not improve, we repeated that campaign in 2015 with an even bigger success. Approximately 40,000 blankets, 33,000 coats and 7,500 pieces of various clothing were collected over a hundred drop-off locations, and the campaign created great awareness on both local and national levels. A similar campaign was repeated in 2016 for Syrian refugees struck in refugee camps in Iraq. To this day, 29 containers of relief goods were delivered to Syrians in need. On top of the blanket and clothing drive campaigns, Embrace Relief also ran a program to support the education of 350 Syrian children from grades K-12 and sponsored facilitation costs for a private school run by Syrian refugees in Istanbul. Embrace Relief also sponsored a soup kitchen serving hot meals to up to 4,000 refugees in the border town of Kilis, Turkey for a whole year. Similarly, Embrace Relief worked with local and national organizations in the US to help acclimate incoming refugees to the US and assisting families who have recently arrived in the country with guidance and material support.
2014 Soma Mining Disaster, Manisa, Turkey
March 2016 – Terrorist Attack in Somalia