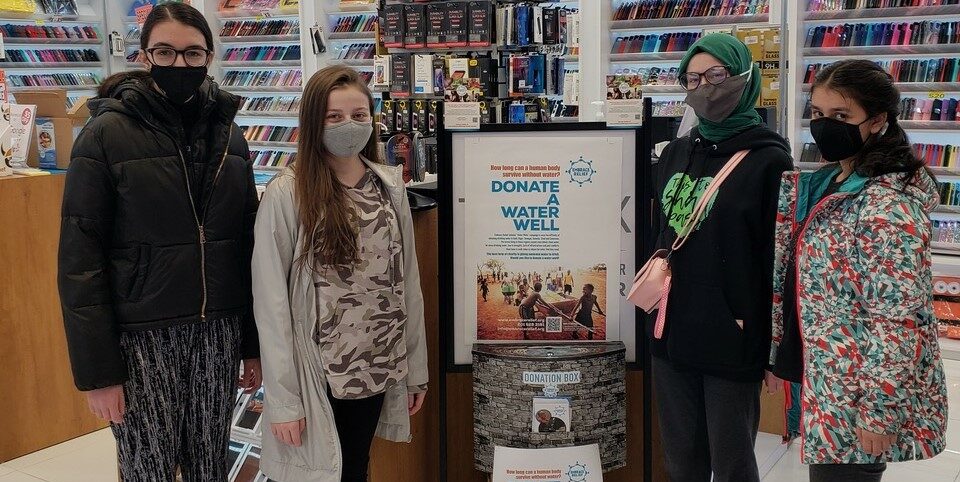 Before the end of March, the Spring of Ocean Island Group FUNdraising project was able to reach their goal of $4500 to open a water well in Cameroon, Africa. They decided to name their water well “Plenty of Hope” because it will surely give hope to thousands of people in Cameroon as they are going to provide easy access to clean water.

Most of the money that was raised for their Group FUNdraiser was from sharing their webage’s link with the people they know. They also distributed posters and a penny bank in a local store. In addition, they also sold food to add more to their donations.

Most of their donors were their friends, families, relatives, teachers, etc. To promote their project on a larger scale, they also created a social media account and printed out flyers and brochures.

It was really challenging for their group to reach their FUNdraising goal in some ways. They imagined that they would sell more things to earn money but because of the pandemic, they could only sell food once. The only way they could share their project was online.

When they found out that they have reached their Group FUNdraising goal they felt so delighted, grateful, and fulfilled. They were so happy to know that they had accomplished their goal and that there is going to be a water well in Africa that they helped build.

The most memorable part of their experience was when they were able to spend time together while distributing the posters because that was the only time they could do something physically for their project. And the most rewarding part was to know they did something for the people in Cameroon. One of their group members, Dilara Ozdemir, also shared, “It is hard to sit and do daily responsibilities while you know people are suffering somewhere around the world and being able to accomplish something in order to help them was the most rewarding part”.